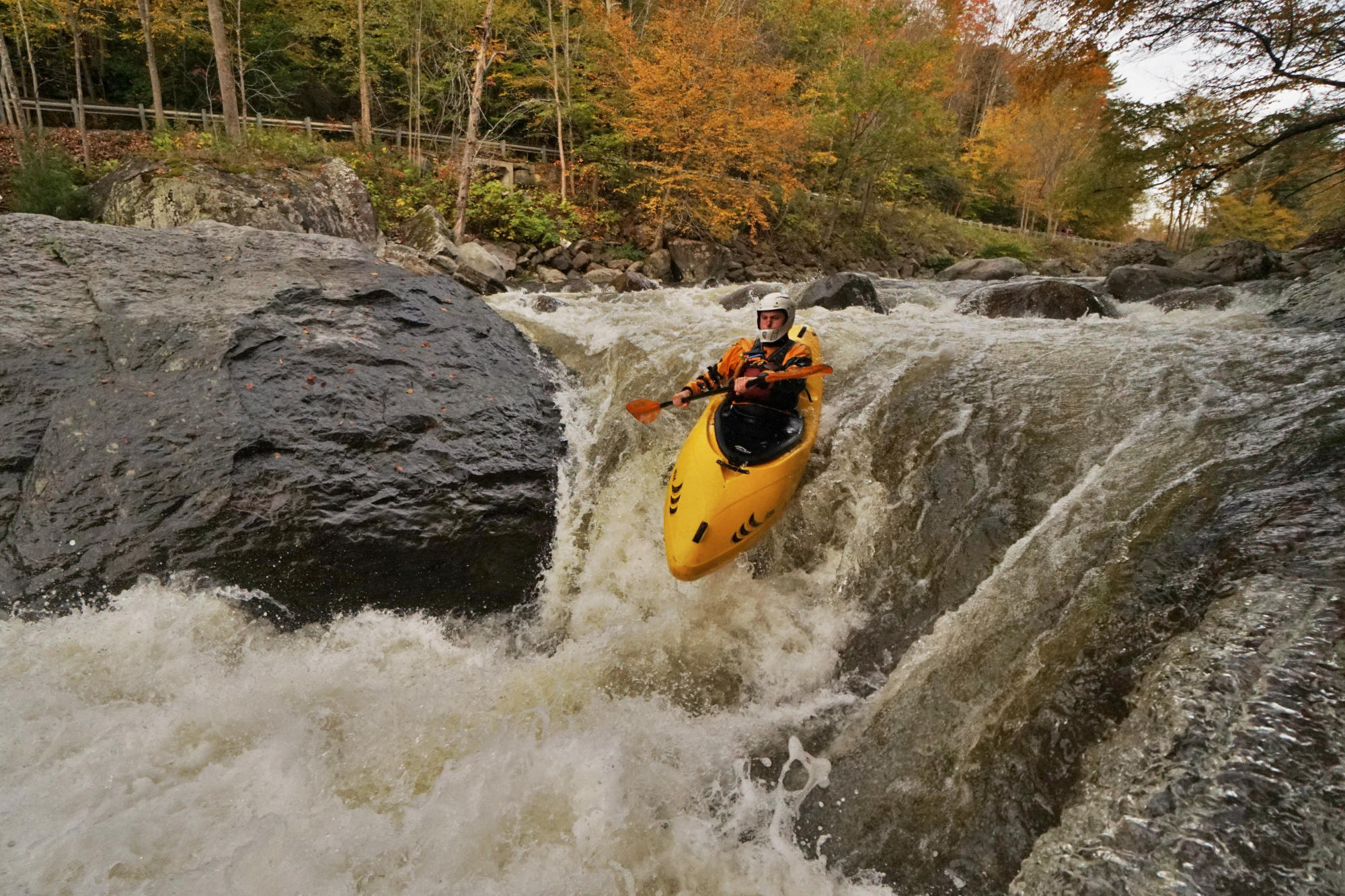 After an exceptionally dry summer and early fall, whitewater boating finally returned to Vermont in early October.  What would follow were several weeks of quality water punctuated by two massive high-water events.

It all began with a much needed shot of heavy rain to the northern portion of the state in the first week of October.   Rivers went big again just a week later and this time the entire state received a soaking, sending the Lamoille @ Johnson and New Haven @ Brooksville both north of 4k.  And while paddlers were thrilled for the big water event and several days of sustained boating this provided, this was just a foreshadowing of things to come.

On October 17th, the rain returned again, this time passing over central Vermont and almost entirely sparing the Northern 3rd of the state.  The rain came down steady for a solid 24+ hrs dropping 2 inches along the already saturated spine of the greens.  The New Haven river would rise to just shy of 10,000 cfs – the highest it had been since the historical Hurricane Irene.  In its own right this was a historic event for the drainage, yet it would be overshadowed two weeks later by another monster.

The Second Deluge (Floods of Halloween)

Local cleanup crews had barely cut the engines on their saws when the finale of the October storms arrived.  This storm was much wider spread, impacting the Mid-Atlantic up through to the Northeast leaving flooding and wide-spread power outages ( close to 1 million along the east coast were without power following the storm).  In Vermont we were hit with a massive amount of rain, including a few areas in the north recording 4+ and even 5 inches in less than 24 hours.  What resulted was the worst flooding since Irene across a large portion of the state.  Houses were ruined, roads washed away and even thousands of farm animals drowned.

While excitement for boating feels perhaps inappropriate with the level of destruction brought on by the storm, it was still easy to be awe-struck by the sheer nature of such an historic event.  Numerous rivers set new records for highest discharge recorded by the USGS (see image below).  The Winooski at Essex hit 26,900, the Lamoille at Johnson and New Haven both crested at over 14,000, and the Missisquoi river in Swanton would fall just a few drops shy of breaking 37,000 cfs.

Observers noted the sound of boulders smashing downstream, even well after peak flows had subsided.  While a few got out to take advantage of the storm – including a rare descent of Joiner Brook from all the way up at Bolton – most waited till the waters receded to explore newly altered river beds.

Most reports of changes thus far have been relatively minor, however since the storm winter has set in and many creeks remain to be seen.

And while currently new records are being set – unfortunately for unseasonable low temps – hopes remain high 2019 still has a few more days in store.